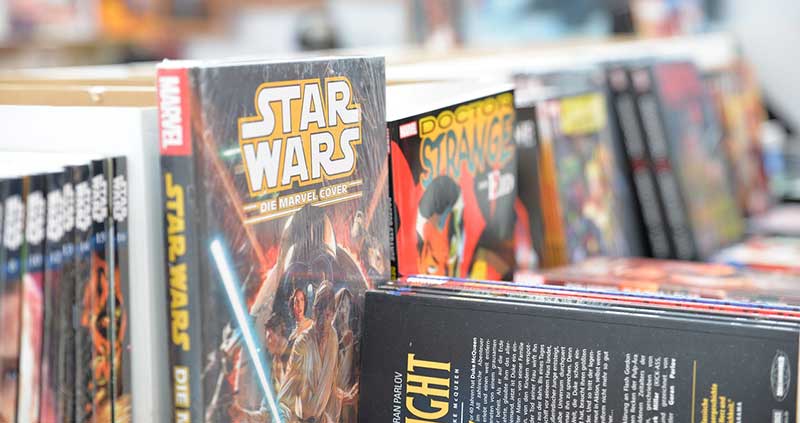 Prior to the Bronze Age, in the Silver Age of Comics we saw comic book publishers reintroduce fan favorite characters after a decline in the popularity of comic books after WWII. This lead to silly, lighthearted themes and plots.

As The Comic Code was loosened in early 1970s, darker themes and more mature plots were developed as publishers and writers wanted to flex their creative muscle and prove comic books were more than the silly identity they were given by the general public.

This whole maturation of the industry, between 1970 and 1985 known as the Bronze Age, gave us some iconic moments:

The End Of The Comic Code

Spider-Man #96 and #97 were the first to completely dismiss The Comic Code by working with the US Government to convey a strong anti-drug message despite The Comic Code having a strict policy of no drug mentions ever. The issues sold well regardless of the censor in place.

The end of The Comic Code also allowed shocking deaths to rip through plot lines once again. For example, The Bronze Age is when we witnessed the death of Iris West, wife of The Flash. This came six years after the shocking death of Gwen Stacy, girlfriend of Spider-Man.

Shake-Ups Behind the Scenes

The Bronze Age is when we see famed artist and writer Jack Kirby leave Marvel Comics and ending his creative and successful partnership with Stan Lee, to join DC Comics. We also see the long-term editor of Spider-Man, Mort Weisinger, retire. The long-time veterans of the industry were hanging up their hats while the newcomers mark their territory and take over the industry.

Diversity In The Industry Begins

The Bronze Age is when we begin to see true diversity in the pages of comic books, beyond stereotypes of the past. We meet Storm of the X-Men and Green Lantern. We see The Invisible Girl turn into The Invisible Woman.

The Bronze Age was an iconic age of comics. It was a clear and defined twist in how comics were written as well as how they were perceived by the general public. Popularity continued to rise in the industry, bringing in a wider age group.

If you ever want to sell your Bronze Age, or any age of comic books, please give us a call at 800-743-9205 or fill out our seller inquiry form and we will get back to you shortly. We specialize in purchasing entire collections and making the process as easy as possible for you while also offering you top dollar!

2 thoughts on “The Bronze Age Of Comic Books”