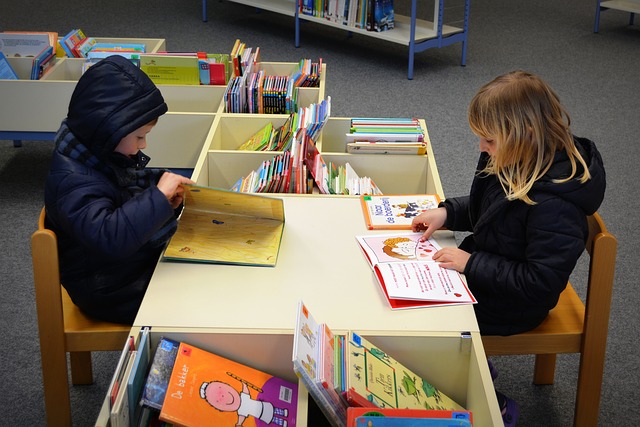 Although comic books have been printed, sold and circulated since at least 1933, the popularity of comic books has soared to incredible heights with blockbuster movies adapted from them, such as Captain America, The Avengers, Guardians of the Galaxy, The Dark Knight, and Hellboy, and the comic book industry is enjoying a moment in the sun. However, as a parent who may not be convinced that comic books can be a constructive hobby for your children, here are a few reasons to change your mind:

If you are familiar with the concept of “reading between the lines”, you would appreciate the layouts of comic books. Since comic books rely on both the narrative and graphics to get their point across, kids learn to pay attention and deduce the hidden meaning in the artwork. As children have to infer what is not written, it is a complex reading strategy and is critical for developing comprehension skills. Take the comic strip Garfield as an example- it lacks lengthy text, but when kids think they are missing a punch line, they go back and seek the missing clues in the cartoons. By molding the words and pictures together, the kids would be able to see the bigger picture, and can transfer that skill to other daily activities.

Comics and vocabulary? Yup!  Most comics are filled with “big words”, mostly found in college placement tests and high school textbooks, but definitely not in average children’s books. Your children might not initially place the meaning of those words but with the help of inference from pictures, your guidance and the dictionary, they would be able to save them in their word bank.

For instance, the word “gluttonous” might not be a word a second grader is acquainted with, and would probably skip if encountered elsewhere, but looking at a picture of Garfield eating an entire plate of donuts, the meaning becomes clearer. Comic books are a great way to expand the vocabulary of children in a fun and inventive way.

Kids are the most reluctant readers, but reading doesn’t have to be miserable, and comics can teach them that! Your kids might be whining about Oliver Twist, but definitely not their comics- especially the TV tie-ins like The Simpsons.  When children can’t picture specific plots written in the novels, they tend to get annoyed and set the book down. Comic books are a gateway to fun reading for kids who are struggling with reading and they should come to develop a love for more complex literature later.

Comic books are also easier to understand because rather than using overwhelming pages filled with text, they contain one-line sentences and pictures, which help understand periodic differences, expressions of the characters, and the context of the story, making the storyline clearer than non-graphic novels. Comic books also feature emotional cues which help kids better understand situations.

Building a habit now of reading daily with comics is a great way to transition over to novels in the future.

Needless to say, kids love their comic books and language is too small a barrier to make them give them up. Comic books in other languages help children learn new languages by taking hints from the pictures about what is going on. They can then put their assumptions into their native language and compare it with the text. As comic books are way more engaging and effective than traditional language books, kids learn new words in the process without even realizing it!

Kids are creative by birth but their creativity needs to be encouraged, and the comic books do exactly that. Reading comics allow creative thinking, fantasies, and dreaming. Kids not only read, but constantly picture their favorite characters in action, or probably imagine themselves in their shoes. Exposure to great imaginative minds of comic writers would flare the desire in your kids of writing something of their own, and this would greatly help with their future academic and professional achievements.

As comic books feature almost the same elements as a traditional story, such as different characters, conflicts and their resolutions, themes, different point of views, and relationships between characters, they should be thought of as a literary option, only with added graphics to make them easier to understand.

So what are you waiting for? Check out our eBay page of comics books today!  Or if you have an entire collection of comic books that you and your children don’t want anymore, sell all your comic books to us and we’d be happy to help find them a new home to enrich more children’s lives!