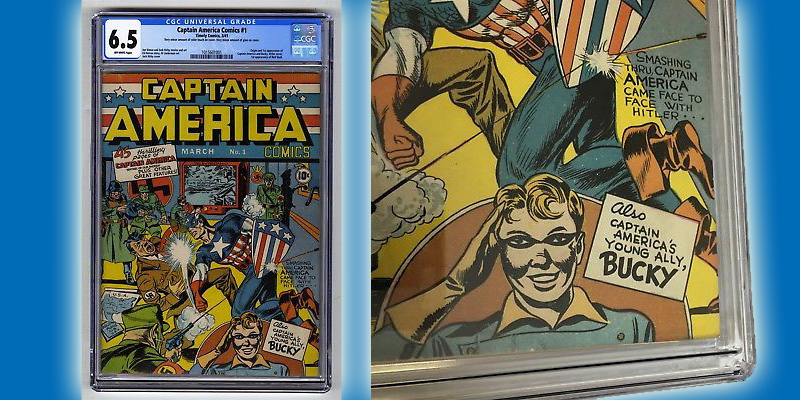 Sparkle City Comics is proud to announce the live auction of one of the top-10 most sought after Golden Age comics– Captain America Comics #1!

This authentic and original Captain America Comics #1 was given a 6.5FN+ blue label unrestored rating by CGC. As the Marvel franchise continues to gain popularity, in addition to the Avengers and Infinity War, this comic will continue to be considered one of the safest, smartest and most sought after investments in comic books.

Check out the details of the book and the auction here–