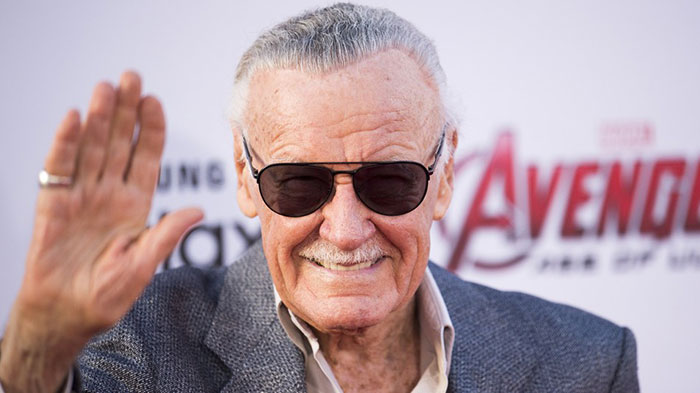 Stan Lee’s impact on the comic book universe is undeniable. He helped launch the comic book industry at the very early stages and continued to make numerous meaningful contributions throughout his career, which spanned seven amazing decades. The comic book world lost Stan Lee on November 12, 2018 but his impact and legacy lives on.

Stan Lee, born Stanley Martin Lieber on December 28, 1922 in New York City, was primed from the beginning to forge the path for the comic book industry. Throughout his youth he took many jobs, such as writing obituaries and press releases, that prepared him to grow Marvel into what it is today.

In high school he won a weekly writing contest from a local newspaper three weeks in a row. The newspaper wrote back to him suggesting he look into writing professionally. According to him, that was the beginning.

Or maybe the real beginning was when he started working at Marvel when it was still known as Timely Comics. He started out with basic support jobs such as proofreading and erasing pencil markings, but within 18 months he started writing text filler under the pen name Stan Lee, and less than 6 months after that was promoted to interim editor at the age of 19.

Even when World War II took him overseas he was writing manuals and training films for the Signal Corps while also continuing to contribute to Timely Comics via weekly letters.

Throughout the 1950s and 1960s we saw the growth of DC Comics and Marvel comics. The competition made each other better. In this time period, we saw Fantastic Four and Spider-Man flourish, among many other characters and storylines, which lifted the entire comic book industry.

To think about the comic book characters that were developed and refined under Stan Lee’s direction is awe-inspiring.

“Deadpool and Venom are the only two Marvel characters created in the last 40 years to have been featured in a Marvel movie. That should illustrate how hard it is to create a character,” Brian Schutzer, owner of Sparkle City Comics told CNBC.

Stan Lee’s impact on comic books lives today and will live on forever.